Do you love cricket? Of course you do, being an Indian it’s a religion. If you don’t you are a fool in a cricket crazy country. Now that you know cricket, you must know Sachin Tendulkar. The god of cricket. Many records are in his name in the game of cricket. Let’s have a look at skill v/s luck.

If you follow him closely, you know that he has also gone through a rough time in his career. There was a time when he was almost dropped from the Indian cricket team. He was out of form.

The idea of being ”in-form” and ”out-form” is something that we hear frequently in any sport.

What is ”in-form” and ”out-form” culture?

If a player plays consistently well for many innings, he is in good form, else he is out of form. The demand of in-form player is always high as compared to the out-form player because he is expected to play well in the future as well.

We have bifurcated players based on their forms. This form is derived from the recent past events. Say, for example, the player played consistently well in past 5-10 games he ought to be a good form. Here we take past recent performance as a yardstick and expect a player to outperform his own performance. We just focus on the recent results and ignore long-term trends.

Same happened to us in the stock market. If any stock is performing consistently well in last 5-10 sessions, we think it’s bound to go up. And we purchase it at a high price. On the very next day of your purchase, stock suddenly started to fall down like a free falling knife.

The human brain is designed in such a way that it remembers the recent events and taking decisions based on that recency. We judge a particular stock’s performance based on the recent movement and forget it’s fundamentals. This is where the most traders lose money in stock market. How many times have you purchased a stock at its 52 weeks high? Many times, right? You have become a victim of recency. I have seen many seasoned traders falling into this trap of recency.

There are numerous legendary players who have consistently performed well in their domain due to their skills.There is the second factor called luck. Be it sport or investing, the result is measured by a combination of skill and luck.

Chess is a brain game hence it requires a higher amount of skills than a luck. On the other hand, in investing luck plays a crucial role. Moreover, the element of luck requires a high amount when you are investing for a short period. So as a short-term investor, we should know that the outcome of our trade is depended more on a luck than a skill. As a human tendency, we get influenced by the recent events. Traders tend to extrapolate the recent market behaviour to the future. They believe and convince themselves that the stock which is ”in-form” will continue to perform well in future as well. Beware of such dangerous conclusion which may lead to disaster.

That’s why we should always look at the long-term results of the company while picking up good stocks. How many of you are looking at last 10 years balance sheet of the company before picking up the stock? We take our decisions based on the recent quarter results and fall into the trap.

Market going up and down is nothing but a series of events. We attach emotions to that events and react to them while taking buying or selling calls. When the market starts rising, we create an illusion that something good in the economy has happened and we try to create the reason behind that rise, we attach our emotion and take a buy call. Suddenly the price of that stock is rising due to our collective illusions which has nothing to do with its underlying value of the business.

Due to recency impact, where our decisions are influenced by the latest available data only, we tend to make mistakes. We label it our poor luck. On the other hand, when our trade process to be profitable, we call it our intelligence. Aren’t we??? 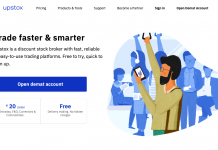 How to Open a Free Demat Account With Upstox

How to Shortlist Stocks on Your Own?

Best Blue Chip Stocks In India That You Must Invest In

ABOUT US
We provide smart ideas for wealth creation. Money is the subject we never learned in our school. Through this blog, we challenge the traditional thought process related to Money.
Contact us: [email protected]
FOLLOW US
© Proudly made with ♥ for Indians. All Rights Reserved - Wealthpedia
MORE STORIES

How to earn money in stock market